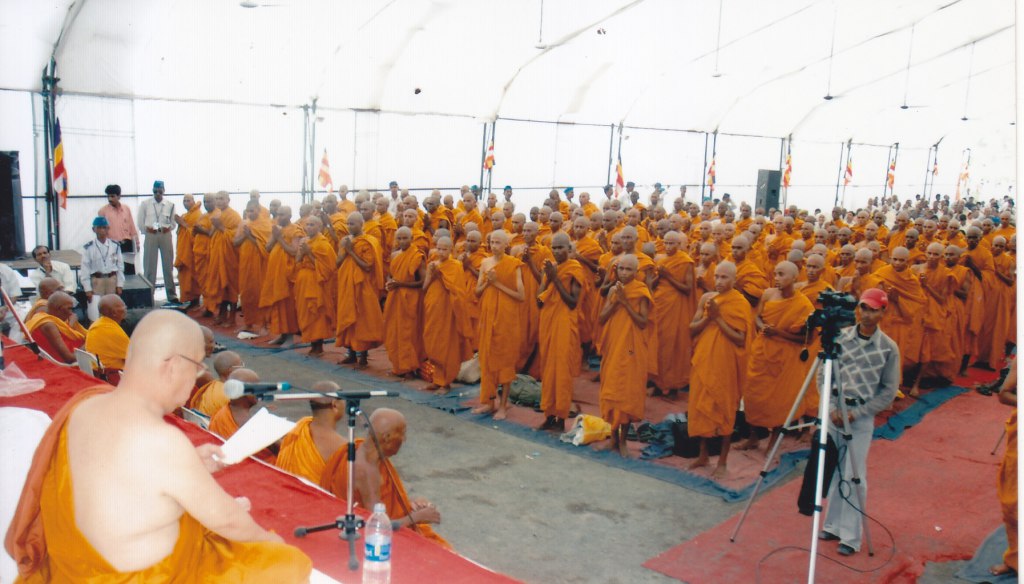 The Smarak Samiti conducts a number of programmes wherein the most popular and mega  event is Dhammachakkra Pravartan Din that falls in October. Not only across the country from around the globe there are visitors to Deekshabhoomi, the central memorial of Dr. Babasaheb Ambedkar at Deekshabhoomi. Millions of people who follow the very Buddhist way of life and Dr. Babasaheb Ambedkar come to this place to pay their rich tributes. The most notable aspect of the whole event is that it is primarily organised by the Samiti and supported equally by local civic authorities. The biggest ever congregation is but realised in a peaceful manner and that creates a unique example of Buddha’s teachings-the peaceful and moral way of life.

Since the foundation stone was laid for the magnificent construction of the Stupa, various super-dignitaries have visited the place and offered their respects to the mortal remains of Dr. Babasaheb Ambedkar kept at the central place of the Stupa. They includes Prime Ministers, Presidents, Ministers of different states and others.

More than a hundred book-stalls from local and national level publishers sell thousands of books and perhaps receive a surprising turnover of crores of rupees. It is a distinguished  event in that case for Deekshabhoomi is the only place wherein people buy books at this extent rather than anything else.

Parallel to this, the Samiti organises Dhamma Diksha Samaroh where people belonging to different religions and sects embrace Buddhism. The Samiti facilitates this programme right in advance to the actual event and diksha is given at the hands of revered Bhikkhusangha led by Bhadant Arya Nagarjun Surei Sasai. It continues for almost  a week and the converted are given certificate by Samiti so as to recognise the conversion.

To add more of academic value in addition to the religious one, learned professors, social activists and researchers in Buddhism are respectfully invited as resource persons for at least a dozen of conferences and seminars on thematic aspects of Buddhist Studies, literature, Life and Philosophy of Dr. Babasaheb Ambedkar.

Many other programmes separately arranged by social organisations are supported by the Samiti throughout a year wherein they are provided free space and other physical infrastructure.

Most of the facilitation such as food, sanitation, medical aid, shelter, travel is arranged by hundreds of social organisations run by locales, employees and state and central government officers. The green city joins hands to ensure that all the events are run smoothly and without any fault at any level.

Programmes of popular awareness regarding the Buddha’s teachings; life and works of Dr. Babasaheb Ambedkar are conducted in the form of street-plays, finished theatrical plays, movies, documentaries and local as well as professional singers.  This mega event is monitored by the Samiti with all its members and voluntary organisations in support.