At the eastern part of the geography, there is a Bodhi Tree with its widest branches now supported with iron bars at ground.

Three branches of the Bodhi Tree at Anuradhapura (Sri Lanka) were requested officially to the Government of Sri Lanka and were brought to Deekshabhoomi by Bhadant Anand Kausalyayan, Bhadant Dr. Hampolo Ratansara and  Bhadant Aanandmangal. The saplings were taken from the same Bodhi Tree planted by Sanghamitra, daughter of the Great Emperor Asoka, during her monkhood (253 B. C.). The Bodhi Tree in Sri Lanka was originally a sapling from the bodhivriksha under which the Buddha became enlightened.

Each Bhante planted those three saplings at the same place.

In a formal ceremony on 12th May 1968 (Vaishakh Bouddha Pournima) those three saplings were planted. The present Bodhi Tree at deekshabhoomi today is an intact combination of these three sapling now appearing as one. The President of this function was Padmashri Dadasaheb Gaikwad.

Beside the Bodhi Tree, there is another establishment known as Bhikkhu Niwas. It was initiated by Bhadant Anand Kausalyayan and built by the Samiti in 1968. Inside Bhikkhu Niwasa, there is a magnificent statue of Lord Buddha presented by Thai Monastery, established in a religious ceremony at the dignified hands of Sirparesh, High-Commissioner, Government of Sri Lanka. 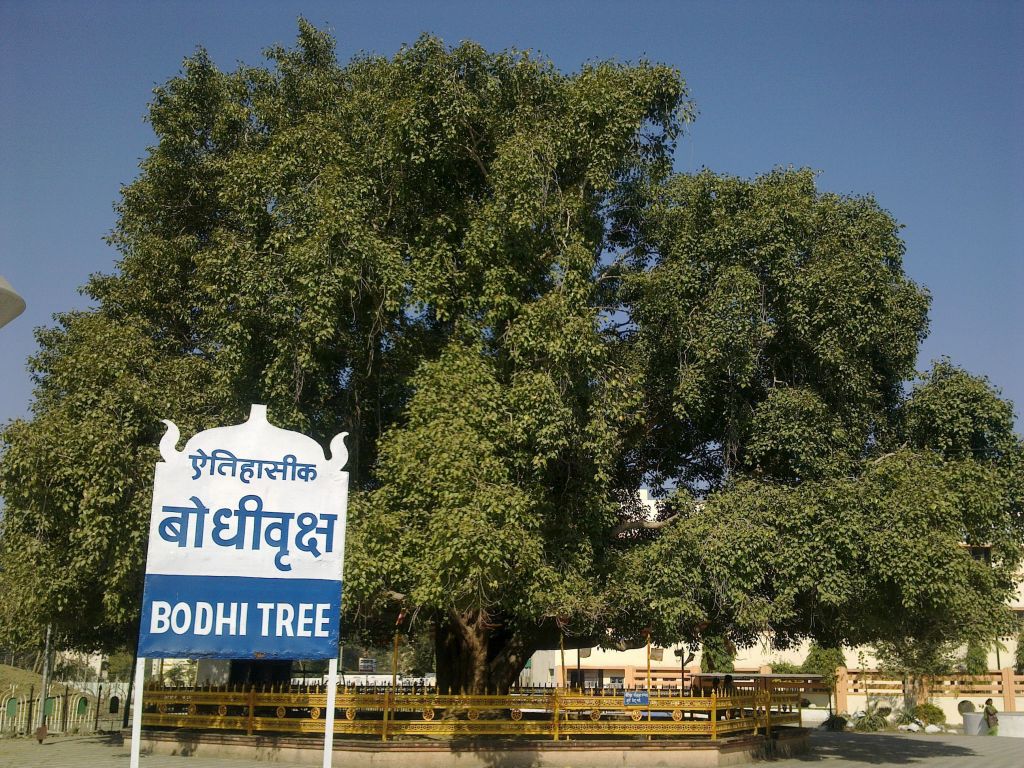